Get it All
Together 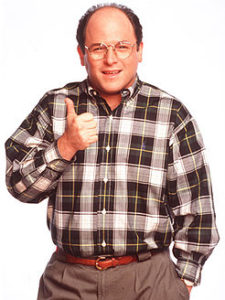 You’re not out there! Because I’m out there. And if I see you out there…

Hard to even imagine it: Facebook has tried – and other companies have tried on Facebook – to recruit workersvia the same social media that has wrecked more careers than you can count.

Why in the world would you ever invite such destruction? You don’t need to have shot a Girls Gone Wild video or taken selfies while you were drinking under age to have more than ample reason to keep your Facebook as locked down as you can manage and as separated from your job as possible.

In fact, all due respect to LinkedIn, it is precisely the kind of thing I want out of a professional social network: as boring as possible and not making a single request for your chosen emoticons. Of course, no good LinkedIn profile is without personality – lots of it, if you ask me. But duck face pics of you and your ex-girl of five years? The girl who was just arrested in a meth lab bust? No.

Twitter is an interesting go-between. Because Twitter is publication and broadcast, there is a sense in which everybody who participates is doing a job interview anyway. And I have never in my life had the networking opportunities or successes that I’ve had with Twitter. Truth be told, I don’t think I’ve booked a single gig on LinkedIn, but I’ve made thousands of dollars and invaluable connections on Twitter.

Facebook is where I speak freely with my friends and family. You have to be special to be let in.

I can't wait to find out how we can work together! I'm always available for meetings in downtown Rochester or beyond. Let's get some coffee and talk about your business!